Parent-Child Toys are Becoming a Trend, These Products are Suitable For Interacting With Children

Parent-Child Toy Suppliers said that this is related to the fact that most toy consumers are born in the 80s or 90s, because when young parents choose products, they will be able to promote the baby’s physical and mental development, emotional intelligence training, skill promotion, and game interaction. Pay more attention to it. Since there is market demand, the effect is naturally relatively optimistic. 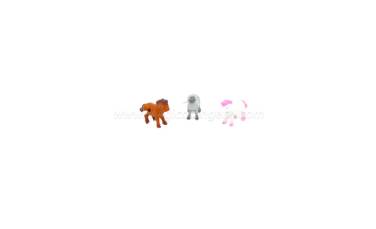 How can parents interact together

For Parent-Child Toys, the ideal state is for children to interact with their parents, but in fact some toys are children playing by themselves or with other children, and parents are less involved. Toy manufacturers are now beginning to guide this kind of parent-child interaction. For example, children make cooking games and use wood to make pizza. The children play on their own in the playground. Then they take the toys to find their parents and ask parents, Is the pizza I made good? Let the children lead their parents to join the game.

The butterfly wing complete kit supplier will arrange shopping guides in on-site activities or stores to encourage parents to participate more and accompany them more and guide parents to participate in children's play. At the same time, parent-child interactions are regularly held on the official public account, such as parent-child creation competitions, to encourage parents and children to create together.

Educational and sports toys are most suitable for parent-child interaction

Toy puzzles are a favorite way for most parents, but many toy products in the market have functions such as parent-child interaction, but the parent-child function is somewhat far-fetched. The supplier believes that Educational Toys For 3 Year Olds have at least the following functions: strong interaction, with certain skills expansion and potential development, or role-playing, learning cognition, parent-child games, etc., which can cultivate children’s IQ, Emotional intelligence, this is an excellent parent-child toy.

Previous: How Can Parents Guide Their Children to Learn To Clean Up Toys By Themselves?
Next: Choose a Non Toxic Paint Pen for Children