Most parents have a consensus that nothing can be lost to their children. Therefore, as long as the children eat, use, and play, it must be the best, and more is better. Is "a lot" necessarily "better"? It’s not for eating, nor is it for playing , Not even Children's Toys. 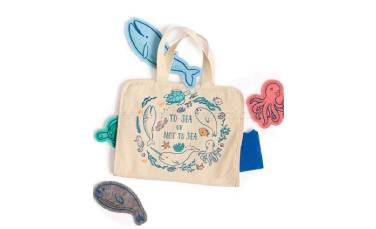 The results of a study on educational programs for preschool children in the United States show that giving children too many Preschool Toys or inappropriate toys will damage their cognitive abilities, because they will appear at a loss and unable to concentrate in front of so many toys. Play one piece.

Not only that, the professor of educational psychology at Oxford University in the United Kingdom also pointed out after conducting related research that those children with fewer toys, because their parents spend more time reading, singing and playing with them, so they are better than those from a family background. Children of the same age in Toy Chengshan have a high level of intelligence.

Cheng Huai, director of the Chinese Family Education Association and director of the Xingfuquan Child Development Research Center, also agreed with this conclusion. He said that if there are too many toys, the child will be overwhelmed by the excitement. They can only break and throw a stick like a bear, breaking and throwing one, playing, and throwing. As a result, nothing is done and they are always in a simple fiddling stage. .

In fact, the role of toys is mainly to assist and promote the physical and psychological development of children, especially Parent-Child Toys. It is not in quantity, but in suitability. The so-called fit, one is to be suitable for this age group, and the other is to promote the normal development of children at this stage. For example, a child about 1 year old is learning to walk. At this time, a drag duck toy is needed. It can make a noise to stimulate the child's excitement and help exercise his walking ability.

Generally speaking, at a certain stage, two or three kinds of suitable toys are enough. If there are too many toys, put away the others in different categories. When the child is really tired of the toys on hand, there is no new feeling at all, and then take out a few new ones.

Previous: Toys are Good for Children's Growth
Next: The Role of Children's Toys