How to Choose the Right Toy?

Give your child a new toy - almost any toy - and chances are you'll have a happy child. When it comes to baby toys and Children's Toys, young children are generally not picky, but parents should be.

However, toys are more than just playthings, and while they should be fun, they should also be age-appropriate, stimulating, and safe. Play is important in children's social, mental, physical, and emotional development, and toys should be considered developmental learning tools.

Keep these tips in mind when choosing age-appropriate infant toys or children's toys for young children.

Toys that do too much don't allow children to use their own imagination. Dolls and stuffed animals that talk or sing or instruct children to push certain buttons are essentially in control of the play situation, and the child should be the one directing the action. When a toy is too specific, it has limitations and it robs the child of the ability to use his or her imagination. The best toys tend to be the simplest ones - such as blocks - because they allow children to be creative and spontaneous. 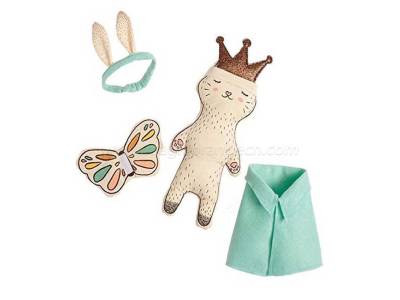 We live in an electronic age, and any parent who thinks they can keep their children, even toddlers, away from things like computers forever is fooling themselves. But, especially with young children, setting limits is crucial. Studies have shown that electronic toys can pose a number of risks to children's health and development, including hearing loss, weight gain, and speech and developmental delays. A recent study by Temple University suggests that toys that do not require children to do anything but watch promote passive learning styles, which may interfere with the ability to learn to think independently.

According to the American Academy of Pediatrics, children under the age of 2 should not watch television or play computer games at all; children over 2 should limit their "screen time" to 1-2 hours a day.

Don't be fooled by toys that claim to be educational

The educational toy business is booming, and it plays on parents' fears that their children need to learn as much as possible as soon as possible in order to gain an advantage in the future. Not all such age-appropriate toys are inherently bad, but many baby toys and children's toys boast that they promote brain development or develop early readers and mathematicians. A 2005 report by the Kaiser Foundation found that many of these claims are unfounded. True Educational Toys are not flashy gadgets with big promises, but rather staples that have nurtured creative thinkers for decades.

Play with only a few toys at a time

The same toys can carry a child through many different developmental stages, so don't rush to replace old toys with new ones. Some basic toys, such as blocks, serve many developmental purposes, and parents should not rush to replace them and move on to 'newer things'. For example, infants can begin to hold blocks to develop some muscle development and coordination skills. As children grow, blocks help develop many other skills, such as object permanence, spatial relationships, language, imagination, creativity, and the use of building, planning and construction principles. Using blocks with siblings or friends also teaches frustration tolerance and the ability to work with others.

The company also offers Parent-Child Toys, please feel free to contact us if you need

Previous: None
Next: How to Clean Greasy Rags？